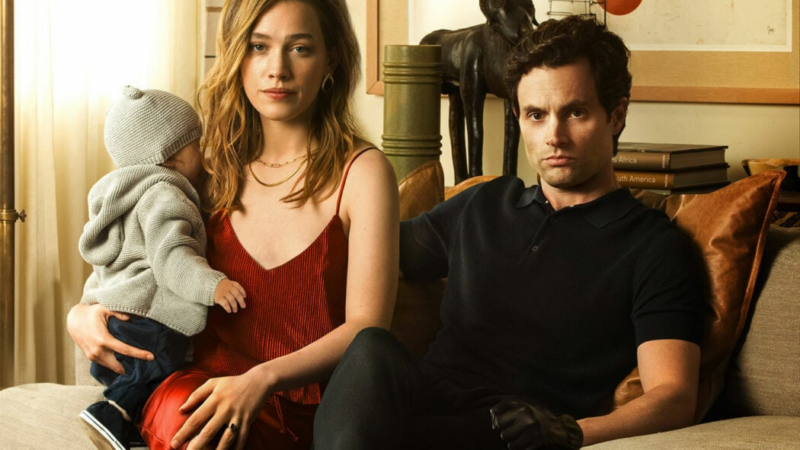 In 2018, the first season of You came into our lives via Netflix, and here we are, four years later, waiting for the fourth season of this goosebumps-inducing psychological thriller.

You, the story of love, obsession, and deceit, has kept the world glued to the screens for three seasons. Netflix is all set to magnetize the audience yet again with a fresh season of this much-anticipated series.

Owing to the popularity of the past seasons of this series, it was only natural for the creators, Sera Gamble and Greg Berlanti, to bring a new season to life. Exploring the darker and more intense side of love, the latest season of You will have the original cast, along with many new faces.

Here is everything to know about the upcoming season of You.

When will Season 4 of You air?

This time around, the story of Joe and his stints with dark love will reach us in two parts. The first half will release on 10 February 2023, while the second part will drop by around 10 March 2023. So, fortunately, there won’t be too much waiting before we could binge on the second part of season 4.

The number of episodes in each part has not been confirmed yet.

Where will the action take place?

As you might remember, the last season ended with Joe looking for Marienne in the streets of Paris. So, all the action will happen in Europe this time. Reports suggest that the filming of the latest season started on 22 March 2022 in London. Some parts of the series might be shot in Paris.

The Cast: Who will be in Season 4?

You would be incomplete without its charming leading man, and hence, Penn Badgley will once again woo his ladies as Joe Goldberg, and this time around, as Professor Jonathan Moore (as we know how much Joe loves to change his skin and be someone else). Joe is so over playing a hands-on father. The fourth season takes him to a university where he will find several objects of obsession.

Love Quinn, played by Victoria Pedretti, might not be a part of this new journey, as we saw her burn in their home in the last season. But, as You is all about twists and turns, who knows if you get a glimpse of her in this latest season.

Tati Gabrielle will be seen as Marienne, the librarian and a single mother, who floored Joe in the last season. After having an intimate relationship with Joe, she came face to face with his real nature. Thanks to Love! So, she is in Paris now, and Joe followed to win her and her daughter back.

The new additions to this cast are-

Lukas Gage, who will be seen as Adam, an American ex-pat hailing from a super-rich family. The youngest son of the family, Adam, will be seen struggling to meet up to the standards of his wealthy and successful family. Netflix stated that Adam will be a regular character on the show. You can expect him to lock horns with Joe, time and again.

Charlotte Ritchie will essay the role of an art gallery director. She senses an air of suspicion around Joe the moment they had met. The growing qualms will add many interesting elements to the story that will unfold slowly.

Read Also  ‘Manifest’ Season 4: Release Date and Everything We Know So Far

Kate’s best friend, Lady Phoebe, will be played by Tilly Keeper. Tilly is rich, famous, sweet, and kind. She is a socialite who wears many layers, but only her friends know the real Tilly.

Amy-Leigh-Hickman plays Nadia, a literature student who wants to be a successful author. She is outspoken and loves genre storytelling. Her past mistakes keep her haunting, and hence, she seeks solace in the wrong people. The biggest thorn in her life is Edward, played by Brad Alexander, the son of a rich media mogul.

Rhys, an author, essayed by Ed Speleers, will be seen launching a political career. The author of an acclaimed memoir, he rose from poverty. The scars of his early traumatic life are still visible to him. Going to Oxford and making the right friends pulled him out of his conflicts.

Niccy Lin will be seen essaying the role of a successful entrepreneur Sophie. She is whimsical but cares for and protects her brother Simon. Simon, an introverted artist played by Aiden Cheng, is an Oxford pass-out. Although he led a sheltered life, he made a name for himself as an acclaimed artist.

Ben Wiggins plays an attractive, smart, and stylish man hailing from an aristocratic family, named Roald. He has a hidden dark side that unearths as the story moves.

Ozioma Whenu plays Blessing, a Nigerian princess. Blessing holds many post-graduate degrees and a passion for cryptocurrency. She is an investor and loves to have fun with her friends.

Eve Austin plays Gemma, who is all about fashion shows, dates, and VIP events. She lives for the day and leads a privileged life. But her character lacks empathy.

Dario Coates is seen as Connie. He, along with Kate and Phoebe, attended Oxford. Throughout the season, you will see him showcasing his love for horses, betting, drinking, and cocaine.

Apart from them, several other actors will be seen in their recurring roles, including Stephan Hagan, Sean Pertwee, Adam James, and Alison Pargeter.

Scott Speedman, who played Matthew Engler might not be a part of season 4.

What is the plot of You Season 4?

After the roller coaster that season 3 was, the audience will settle for anything less than marvelous, and the makers understand that. Season 4 is expected to be mind-boggling, just like its predecessor.

Let’s go over season 3 again. What we saw in the finale was that Love fell prey to Joe. She was burned alive in their home. Joe faked his death and abandoned their baby. He went to Paris looking for Marienne. In this latest season, Joe will go by the name Jonathan Moore, a college professor.

What will happen in Paris will be interesting to know. We can expect murders (Joe and murders go hand in hand, as we know), vengeance, reunions, and much more. Marienne would want answers to her questions and might meet a sad end. Who knows?

Joe might find many new prey and hunt them down in his own ways (as we know what he is capable of).

As per the makers, this season has a slightly different format, although they claim to have retained the tone.

You Season 4 is all set to hit the screens in 2023, and we can’t be happier. If you haven’t watched the earlier seasons of You, go watch them on Netflix before season 4 arrives.