You Season 4: Netflix confirms what was suspected about filming and new cast 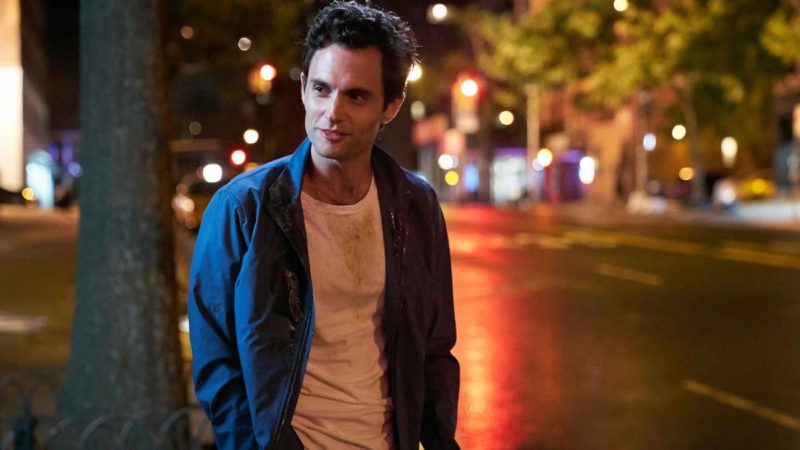 You, is one of the most sinister dramas to hit the Netflix streaming platform. The psychological horror drama released in 2018, is inspired by the 2014 novel of the same name by Caroline Kepnes, and follows Joe Goldberg, a serial killer who initially worked in a New York bookstore, and when he falls in love, develops a extreme obsession with his victims to the point of becoming a toxic and delusional character.

The series stars Penn Badgley, and it premiered its third season in October last year, presenting an unexpected and perverse twist at the end. Fans saw Joe Goldberg go after his next victim, Marienne Bellamy (Tati Gabrielle), who was on her way to Paris in the final minutes of the third installment. Now, the new photo on the set of You season 4 confirms that the serial killer is moving to London. The server dropped on their social media accounts a couple of photos showing Penn Badgley in the new location.

Netflix also shared a slew of new You season 4 cast members, including Tilly Keeper as Lady Phoebe, as sweet and kind as she is rich, famous and chaotic, every Phoebe bikini waxing has been documented by tabloids since. who was 15 years old. An aristocratic socialite with an avid fan base, Phoebe’s true colors show when she’s alone with her friends. She is a hardcore cheerleader, especially with her boyfriend, American businessman Adam (Lukas Gage). She’s also a wild card: when misfortune strikes, will she rise to the occasion or will she be shattered?

Also in the cast is Amy Leigh Hickman as Nadia, a literature student with a love of genre fiction and an aspiration to be a serious author, Nadia’s directness and intensity are a perfect cover for the insecurities carried by a young woman she has never been accepted by her peer group. She has made big mistakes; now, they threaten to destroy her life. She’ll need help, even if she’s from the wrong crowd.”

Also, Ed Speleers comes to You as Rhys, the dry and irreverent Rhys is an author whose memoirs earned him praise and pressure to launch a political career. Born into poverty, Rhys lived a traumatic early life before earning money, going to Oxford and making all the right friends. Now, he easily moves in any social circle, as he sees through those around him. He doesn’t have much time for parties, though he does enjoy keeping in touch with his eccentric circle of friends. After all, they were there for him in his troubled youth.

Joe Goldberg moves to London in You season 4

Niccy Lin as Sophie, a businesswoman in the body of a spoiled jetsetter. Sure, she looks like she’s laying out in a bikini on social media, but every aspect of her feed represents shrewdly negotiated high-profile endorsement deals. Beneath her whimsical exterior, Sophie is a watchful protector of her introverted artist brother, Simon.

First Bruce Willis, now Jim Carrey: the comedian announced that he is retiring from acting