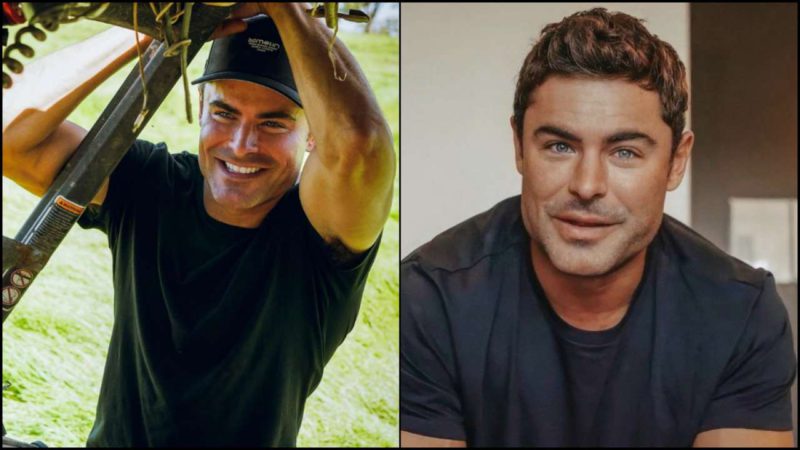 Much has been said about the change in his face but did an announcer reveal the truth about Zac Efron’s appearance?

The announcer and friend of Zac Efron Kyle Sandilands has denied that the actor has undergone plastic surgery despite the strong rumors that have emerged after the recent change seen in his face.

Sandilands spoke about his friend’s face on the radio program ‘The Kyle and Jackie O’ where he claimed that he would know if the actor had undergone plastic surgery.

‘It’s like getting a Picasso and having a kid finger paint it, why bother?’ Kyle Sandilands assured before the wave of speculation about whether the famous actor had made any changes or treatments.

Sandilands also spoke of the actor’s relationship with Vanessa Valladares assuring that the couple has ended and they are not together, something that he could confirm “after speaking with him yesterday.”

Does Zac Efron look different because of a fracture?

Far from an aesthetic intervention, some people thought that the change in the face of Zac Efron is due to a broken jaw that had suffered after an accident in 2013.

After this injury, the actor could have undergone surgery that affected the structure of his face without knowing yet if this change will be permanent.

Did Zac Efron remove his teeth?

Another opinion about the change of Zac Efron’s face in the Earth Day video that has caused so much talk comes from a plastic surgeon named Anthony Youn who believes that the actor underwent dental surgery.

That is to say, far from plastic surgery Youn believes that the actor may have removed his wisdom teeth, which would explain the swelling that his face presents in his chin and jaw.

These are the most recent versions after the change of Zac Efron’s face.