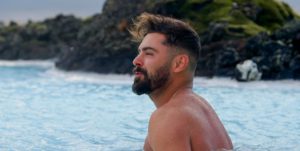 Do you remember the sweet little boy from the Disney movie High School Musical with sparkling blue eyes and smile as charming as a crescent moon? Zac was just 18 years old when he did this movie and became a heartthrob of millions as soon as the movie hit the theatres. He was paid about $100,000 for his first movie, and since then he has never looked back. Well, the boy is now all grown up and doing great in his career. He is on top of his game and has done several lead roles in many high budget movies. Now for each movie, he is charging between $3 million to $4 million. That’s what we call a hike. If stats are to be believed, Zac is only 32 years old and has a net worth of $25 million. Also, in the year 2008, Zac’s name was listed on the Forbes Celebrity 100 at number 92, as he made almost $5.8 million from June 2007 to June 2008. He has some big-budget movies in his pocket and we expect he will roll it this time too.

In past Zac has starred in some big budget movies like Neighbours, Baywatch, Charlie St. Cloud, 17 Again, Shokingly Evil and Vile, and Extremely Wicked. But recently, he changed his forte and starred in a new Netflix series titled Down to Earth with Zac Efron. The show is all about food and travel and is doing considerably good in the OTT platform. He has one computer-animated and comedy mystery movie, Scoob! which was released this year during May, in which he has given his voice-over for Fred Jones. However, due to the Covid-19 pandemic the movie was made available to be owned digitally in North America but still it topped the digital rental charts in its first three weekends of release.

If the rumors are to be believed, Zac will very soon reunite with Disney+ to star in the remaking of Three Men And A Baby. Back in the year 1987 the movie created a big buzz and was one of the highest grossing movie of the year. We hope that this time too the movie shall be a big success and add another feather to Zac’s hat.

His other sources of income

Other than movies Zac has other sources of income as well. In the year 2010 he started his own production company under Warner Bros. banner known as Ninja’s Runnin’ Wild. Under this banner he produced Dirty Grandpa, That Awkward Moment, and Extremely Wicked, Shockingly Evil and Vile. These entire movies did fairly well in the box office and earned a considerable amount for the company.

His fan following in the past decade has increased several folds and he has almost 43.4 million followers in Instagram. Like many other Hollywood celebrities, he is also earning some extra money from endorsements and sponsored posts on Instagram. Although his exact rate is unknown but we expect it to be a considerable amount. Zac’s net worth also includes his California home, which is worth $4 million.

Zac is not just an actor is also a singing prodigy. He has sung many songs of his own movies and till date and has earned a fortune from them.

From where it all started

Zac like other kids did not have a normal childhood. He was introduced to the glamour world at a tender age of 11. He was always interested in singing and acting and soon started performing in some major events of America. After a few years he started appearing in America’s famous TV shows such as The Guardian, Firefly, and ER. But it was not until 2006, the release of High School Musical that he achieved the stardom and became a famous face amongst the youngsters.

This is not it! We know that there is more of Zac Efron left and wish to see him in many more video albums and movies. But in the end, we can only say that at the tender age of 32 he has achieved quite a success.