Zack Snyder Would Love To Direct A ‘Star Wars’ Movie 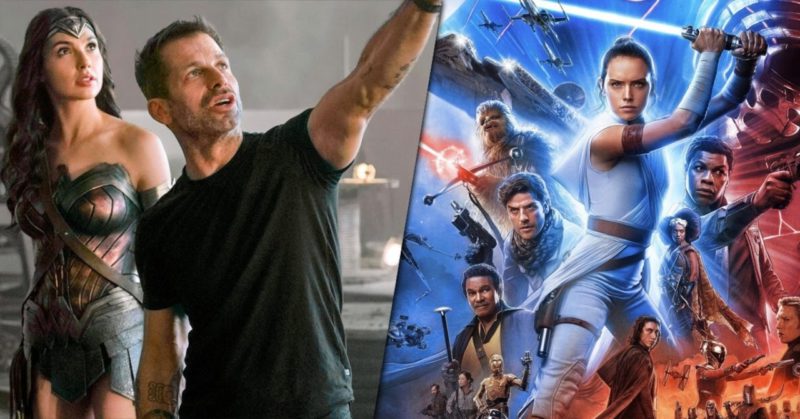 Zack Snyder confesses he would love to direct a Star Wars movie.

Still, Snyder prefers to work on stories that he created himself.

Now that the long-awaited Snyder Cut has been released, and that “Army of the Dead” is on its way, Zack Snyder has returned to the center of attention. In an interview for The Times, the director has spoken about how hard it was the process he had to go through in order for his version of “Justice League” to see the light. Additionally, Snyder has revealed that, after leaving the DC Universe, he has his sights set on one of the competing franchises.

After his experience with DC, the director is sure that he would rather be the one who creates the world and the story he is going to shoot, rather than receive a commissioned job. Snyder has acknowledged that he would be very interested in directing a film set in the “Star Wars” universe, but, for the aforementioned reason, he does not believe that he could survive that shoot.

ALSO READ: Zack Snyder confirms the length of his version of Justice League

“Where it gets difficult is when you take a director with a personal point of view and ask him to participate in something that is not asking for that point of view. The journeyman filmmaker? There are many and they are good. Turns out I have a specific point of view. The lesson I have learned is that for me, as a filmmaker, it is much easier to create a world and invite you into it. That is the opposite of putting your gear in someone’s wheel. I would love to make a Star Wars movie, I know a lot about that world but I don’t think I could survive that.”