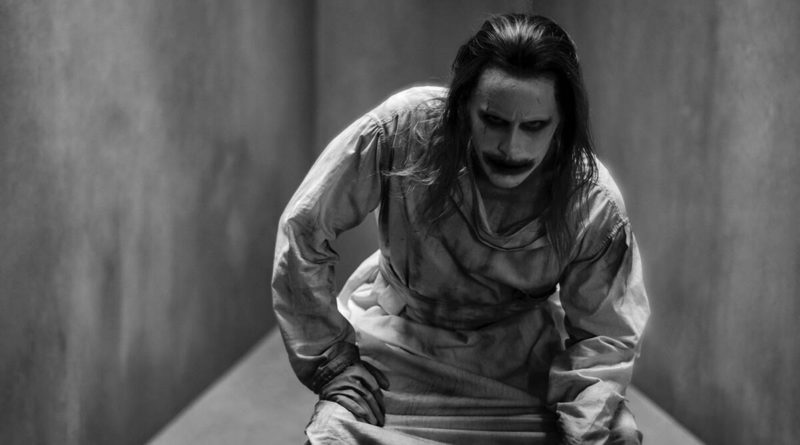 Zack Snyder surprised everyone by revealing an unpublished scene from the Snyder Cut on his Twitter account, in which we can see Batman talking to the Joker, who before the cameras says ‘ We live in a society ‘, a phrase that refers to work by Joaquin Phoenix in 2018.

The revelation of this scene is part of the promotion that makes Zack Snyder on Zack Snyder’s Justice League: Justice is Gray, the version in black and white of his new film, it is already available on the platform HBO Max. Also, the film director revealed the unreleased clip to please fans of Justice League.

In the scene, we can see Batman tell Joker that he killed Harley Quinn, but that she, in her last breath, asked him to kill him. Before this revelation, the famous villain gives a speech to The Knight of the Night about honor and finally gives him to understand that he is behind the death of Robin, his faithful companion.

“Honor? Really, Bruce? honor? We live in a society where honor is a distant memory… By the way, who do you think screamed the loudest? The girl or the boy? ”Says Joker, played by actor and singer Jared Leto, who then lets out a terrifying laugh.

Why did Zack Snyder remove the Joker scene?

In an interview, Zack Snyder revealed that he decided to remove this scene from the Snyder Cut tape because he felt that people would focus on this phrase and not give due importance to the dialogue between Batman and Joker, despite the fact that it was one of the most anticipated moments by fans.

However, now that it has been revealed to the public, fans of The Justice League consider that the phrase does not affect the essence of the dialogue between Batman and Joker. In addition, they pointed out that this scene would be the perfect tribute to the work that Joaquin Phoenix did in 2019, which earned him the Best Actor category at the Oscars.

Did you like the unreleased Joker scene in the Snyder Cut?

This is how Jennifer Farley’s life changed since “Jersey Shore”